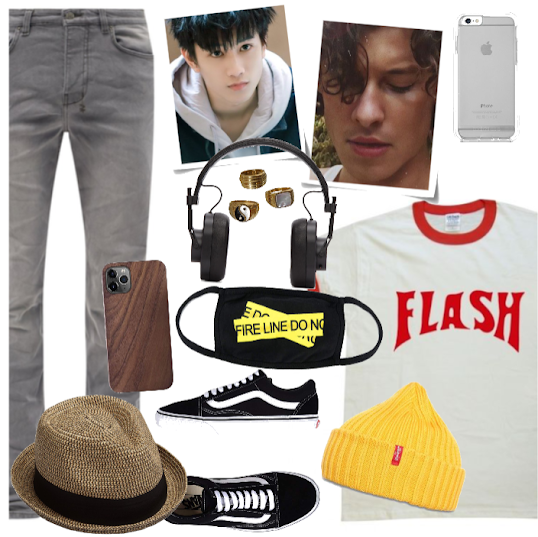 Honestly, Rico was too sleepy to think, but here he was down at the pizzeria folding pizza boxes with Cyrus. He'd came over to hang out because Mario thought he should. "You don't have that many friends," he told him, but the fact remained it was Cyrus didn't have any friends.

"So you like your classes?" Cyrus sounded a little monotone as he kept folding away the nice crisp boxes.

"I dunno. I guess. I mean, everyone keeps to themselves, so..you know, that's a plus," Rico said everyone masked up. It was hard to tell who anyone was.

"What?" Rico looked at Cyrus wondering what he meant.

Rico only nodded. "How old are you, anyway?"

"I didn't say I was ancient." He put a box in its place. He made sure the stacks were nice and even of the fresh pizza boxes. "I'm twenty-four."

Cyrus let out a small sigh. "I just couldn't do it."

"Like what?" Rico practically winced, doubting now that Cyrus would ever go to the skating rink with him.

"I'm not really that funny." Cyrus went back to folding the boxes. Rico tried to keep up, but he could see Cyrus liked folding the boxes and seeing them all in their place ever so accurately.

"When we get this done, let's go play THE LAST OF US," Cyrus said he liked the original better than the second one.