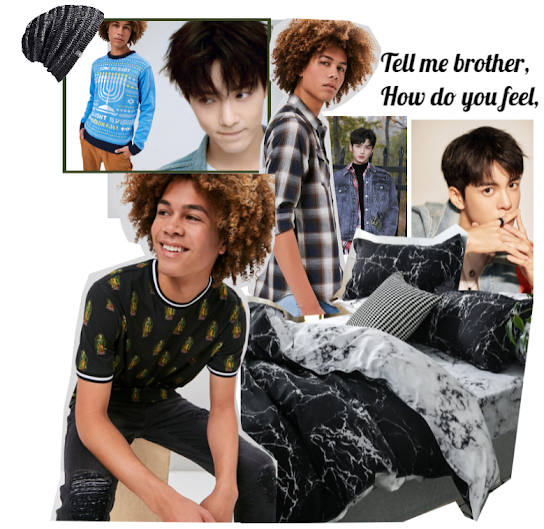 Roman knew he was in the wrong. He walked the streets for a long time afterward, trying to think it through. Finally, at three in the morning, he called his friend Deano.

"What is it this time?" Deano's voice sounded scratchy. Roman knew he awoke him.

"What is it?" Deano wanted to know.

"I dunno. Shit man, I'm a mess." When did he not do inappropriate things? He sighed. "I dunno how to stop myself, sometimes." He didn't mean to sound so miserable. He knew he knew better.

Roman knew his old friend was up now. Probably having a glass of water. Maybe taking a pee.

"What the fuck?" Deano was surely laughing. "Are you crazy?"

"Yeah man, so crazy." He laughed too. Wanting to believe it was funny, but he doubted Kyle believed it. "I am..having this miserable dry spell, you know what I mean?"

"No you wouldn't," Roman knew. "You got yourself a lady friend and I know you make the most of it, don't you?"

"Sometimes," Oh, he was chuckling now. "But she's asleep. You should be asleep. Why aren't you asleep? Do I need to come and get you?"

"No man," Roman said. "It's cool." He had to keep believing it was cool because he needed to get in good with Kyle. Roman didn't want to mess it up.

"Remember friend, the only guy you have ever loved was Levi Chandler. He gave you the best Hanuka present ever." Deano reminded him a love like that was worth waiting for. Wasn't he still waiting for Levi?

"Yeah, man." Roman nodded. He wanted to believe it, but of course, he'd practically forgotten the guy's face who gave him the crocheted slouchy hat that his grandma made.