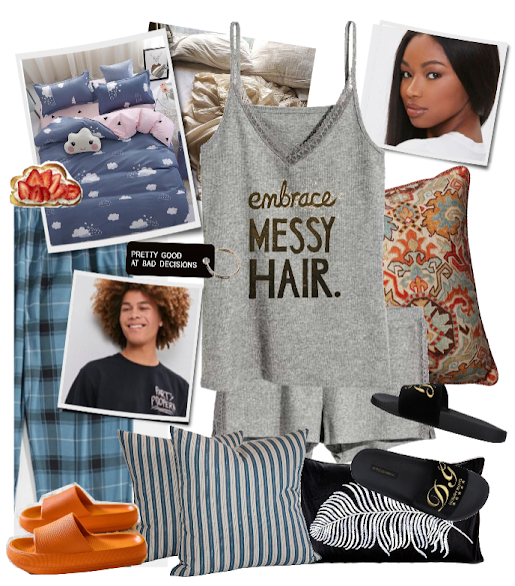 Roman wasn't sure where any of this was going. By the end of the night Bren was in a huff and slammed her bedroom door shut. At least LaLa helped with cleaning up. So much more than he expected.

"Oh, I have to," her look was a little sly. She then said. "I don't want to have to wake up to this tomorrow."

He nodded and got what she meant. He took out the trash and she loaded the dishwasher. In all, it was about a thirty-minute clean-up. Not bad, but it was late, or more like early morning.

He went to brush his teeth and she followed. He kept looking at her in the bathroom mirror wondering why she was here. Especially, standing so close to him in her sports bra and undies. He looked down to make sure he was fully clothed. Nothing was said. He wasn't even sure if he wanted to say anything either. After all, Bren was in a mood. Still, he guessed he'd have to take the couch. Lord knows when he'd see his bed again.

Seriously, he needed to think about moving out, but he'd been happy to settle here. It wasn't always easy finding a good place especially since his credit was bad. But he wouldn't be a sob story tonight.

Naturally, she went to his bedroom. He should have known. Bren probably wanted him out. He could beg all he wanted, but the fact remained he wasn't a real friend. Just one of Brad's friends and he was beginning to think she didn't like any of Brad's friends.

"Well, come on," LaLa yawned. She was waiting. Already in bed.

Roman gave her a look of disbelief.

"What are you going on about-" His brow furrowed.

"Shut up," she said in a low voice. "You want somebody barging in here?"

He shook his head no, so he got in bed and turned on the lamp by his bed.

"She's leaving, you know." They laid side by side on their backs resting under the comforter, looking at the ceiling as if they might take off for the night in a spaceship.

"So yeah, you got a new roommate," LaLa said she was taking over the apartment lease. She was starting tomorrow at the hospital.

Roman shut his eyes. He honestly couldn't imagine it. But then again, Bren was moving on to better things and maybe just maybe he was too. Especially, when LaLa turned toward him to let him know she was here to stay.