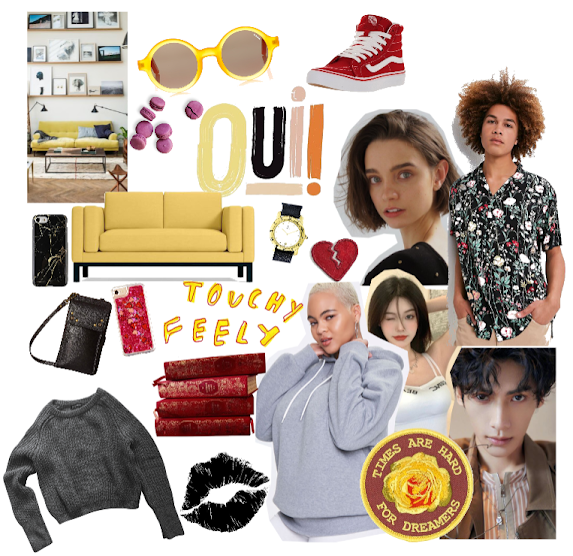 Frankie was steamed when he got the call from Roman. After all, he'd settled in bed to read WORD OF HONOR in Chinese no less. He'd been meaning to watch the drama, but never found time for it. He knew the novel would be better anyway. He was halfway through the endless first chapter. Just when he was getting used to Pixie being around.

"Damn her!" He threw on a sweatshirt hoodie over his sleep pants and tee. Thank god, it wasn't snowing. Still, there was a chill in the air as he drove in the middle of the night to Roman's.

Of course, when he got there he was ready to say all these kind things to Roman for taking care of Pix until he saw what was asleep on the couch. It wasn't Pixie.

He was wide-eyed knowing very well who it was.

"Who's is that!" He demanded. It was Heather no less.

"What?" Roman looked at him funny. Pixie was in the recliner passed out. "Um..that's..that's my Aunt Bea's."

"Well, it's mine now." He snatched up the doll as if it might be a great game of finder's keepers. He was taking the Heather doll home. "If you don't mind, can you carry Pix down to the car?"

Roman only sighed, but he followed Frankie's cue. The doll was latched in the front seat and Pixie sprawled out on the backseat.

"You have Bea call me," Frankie didn't want to say anything more. "I bet she knows my number."

Roman nodded as if he wouldn't say anything about this strange situation.

Of course, when he got home, he got Heather inside first. He sat her down on the bed in his room. No reason Pix needed to know.

"God, I can't believe this!" He wasn't sure if he was angry or relieved. OK, he was seething as he walked back and forth trying to understand what Bea was up to. Yes, they'd met some time ago. But..but she knew..She knew who he was all along.

Naturally, he was mad at himself. Twenty minutes later, he realized Pixie was still asleep in the car. He went to get her.

He wanted to be so mad at Pix, but then again, she'd accidentally solved this mystery for him that he was certain he'd never know the truth about until now.