Is it the end or the beginning 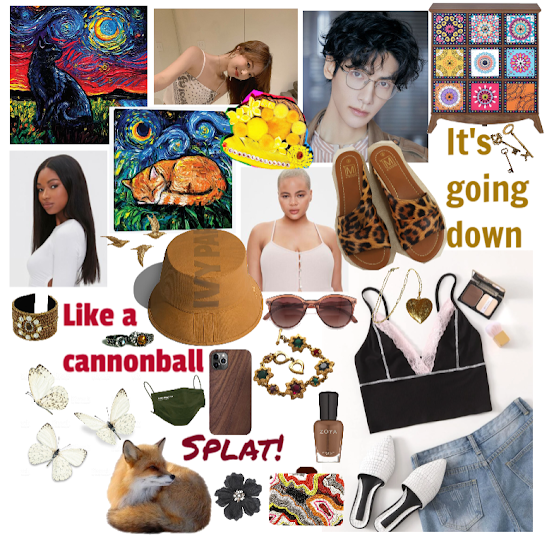 It was in the wee hours of the morning before Bea got home. Actually, the Heather doll was the last thing on her mind.

Bea was out like a light. God, how she hated staying late at the hospital. If people knew what was going on these days, they'd all be home. But it didn't work out that way. And it wasn't like she could give up her job.

But it wasn't until she was in the middle of her second cup of coffee the next morning that she knew something was missing.

"What the hell?" Bea wanted to know as she looked high and low for the life-sized doll.

"Oh, somebody took her," LaLa said as she was finally getting ready for breakfast before work.

"What do you mean?" Bea was stunned.

"Ask Roman," Lala said she would have none of it. Bea knew LaLa hated that doll anyway.

"You didn't sell it on eBay, did you?" Bea stayed festered as she scooped and spread some avocado on her toast.

"No, you missed it, that's all." LaLa winced. "I mean, I missed most of it too, but Roman told me." That's when she told her all about the Pixie problem and how her roommate Frankie showed up, but when he saw the doll he wanted it.

"Why would he give it to him?" That was the big question.

"Hell, if I know." LaLa only shrugged and went back to her creamed coffee.

Well, now Bea was soured on her breakfast. She reached for the burner phone under her undies in the top drawer of her bedroom dresser. It was just weird to call him.

"Oh, it's you," he said before she had time to say anything. "I was wondering if you'd call. Are you missing something?" He sounded bitter, but she could tell from his laugh he was enjoying this.

She thought she might have a meltdown. She didn't know what to say.

He said it before she could.