Going forward in spite of the rewind 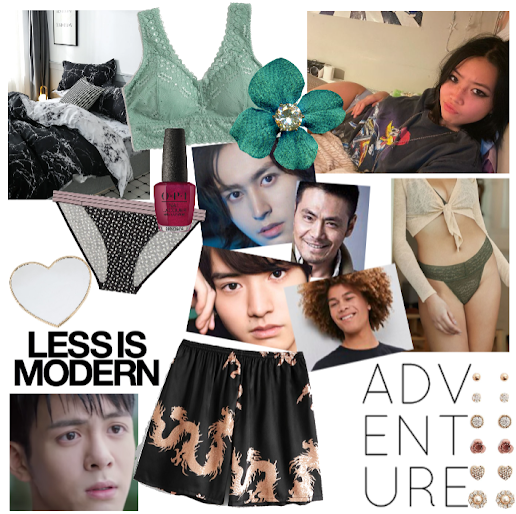 "Crap!" Caitlin found herself saying and of course, Deano was looking back at her as if what could be the matter now.

Caitlin sighed heavily as if maybe she should do some laundry or something. She stared back at their bed thinking how they'd had sex in her little brother's bed after Thanksgiving dinner..which actually ended up being her big brother's bed now after the exchange of beds when Rico moved in with their Dad.

"Oh, you don't want to know," she made a face of disgust, wondering if anyone figured out their little digression. Of course, they'd both been drunk at the time and said they just needed a rest. It was practically the next day before she lifted her head.

Yes, they'd sort of had a squabble in the beginning of their afternoon moment. Something about Deano didn't understand Roman anymore and why did she have to get so emotional over Melvin now.

"You don't even like the guy," Deano had snapped and she could only respond by giving Deano a full-on liplock. And now the rest was history. Gosh, they hadn't tried this many moves in bed since late summer. It was possibly up there in their top ten moments of being alone together. She thought. Or maybe she was just dreaming it now.

Something about having sex in other people's beds was fascinating. Of course, nobody had slept in that bed until they did. So that might have been the reason.

"Why didn't your dad want the leftovers?" Deano asked as he went to make a turkey sandwich.

"He doesn't like leftovers. Besides, he's trying to go vegetarian," She called to him as she went to put on a load to wash.

"I still haven't heard from Roman," Deano said as he got their lunch ready. It was good to have nowhere to go. No shopping to do.

"Well, I don't think he would do anything, you know...to get himself in a bad situation." Caitlin shrugged not sure if he was broken up over LaLa or what. LaLa said she hadn't heard anything. But she didn't seem worried. "You're the only one worried."

She sat down to eat and watched him bite into a chip.

"We go way back," he said. Roman was definitely on his mind. Not sleeping in her brother's bed on Thanksgiving.